In July 2021, I was interviewed about my research on smallpox vaccination by With Good Reason entitled Pandemics Past. Listen here:  https://www.withgoodreasonradio.org/episodes/?category_name=&special-taxonomy=&y=&s=pandemics

In May 2020, I presented my recent research on vaccination in the Spanish Empire to the Immunization Services Division of the Center for Disease Control. You can watch/listen here https://cdcizlearn.adobeconnect.com/pfx67hkvdz8m/

“The award committee particularly appreciated how your book complicates our understandings of masculinity, femininity, honor, and sexual norms in showing how Spain tried to use families and migration to advance its imperial goals. They praised it as a careful study of many different historical subjects – women as well as men, poor and rich, and enslaved and free – that offers a powerful example of how histories of the early modern Atlantic world are enriched by weaving gender together with class, race, and European and Colonial politics.”

Author Allyson M. Poska’s figures about the deaths of children, wives and husbands tell better than any narrative of how heartbreaking life in the new world could be.

From the University of Mary Washington Magazine 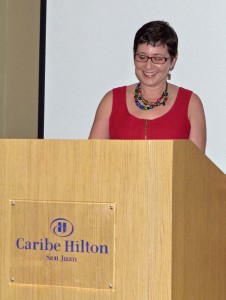